Demagog Association is the first Polish fact-checking organization. Since 2014 Demagog activities focus on verifying politicians’ statements, false information with the aim of reducing the spread of fake news in social media.

Our main goal is to improve the quality of public debate by providing citizens with unbiased and reliable information.

As of May 2019, the association is a member of the International Fact-Checking Network and also a part of Facebook’s Third-Party Fact-Checking Program.

Within the framework of the fight against fake news, Demagog conducts workshops and educational projects for youth, students and seniors. The “Fact-Checking Academy” is one of the main projects, where the association conducts training on fighting with disinformation.

Apart from education and fact-checking we focus on civic activism, public information access issues, cooperation with research centers, projects and other organizations in the field of disinformation, data analysis and processing. We fight disinformation, prepare reports and analysis on key topics related to fake news – vaccinations, 5G technology, public affairs. We also cooperate with international organizations in this area.

In 2021 Demagog was awarded with the Polish-American Freedom Foundation’s Sektor 3.0 prize for innovation in socially useful activities. 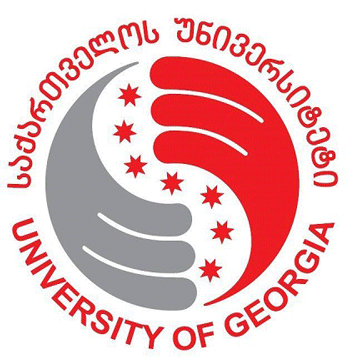 The School of the Social Sciences is a semi-independent entity of the University of Georgia (UG) with a large pool of academic and policy professionals working in the broad spectrum of teaching and research areas. In particular, the school is actively engaged in organizing research, public and media activities that cover various policy matters relevant to Georgia’s security, South Caucasus, and post-soviet area.

In 2019 the school initiated the UG-Security Platform (UGSP), which serves as a general umbrella for security related research, teaching and public activities. As a key event of the UGSP the annual conference was introduced, titled in 2019 “Tracking Russian Influence in Post-Soviet Area”.

In 2020 the school hosted another conference “Georgia in the Russian and Western Military Prism – If or When?”, where number of prominent experts and academics from different think tanks, universities and research centers contributed to the general topic of discussion (please see under ugsp.ug.edu.ge).

In the UGSP framework, a project was additionally launched, in which the selected number of BA- and MA-level students from leading Georgian universities as well as young professionals working in security relevant state agencies, are invited to participate in crisis scenario exercise/simulation and undergo intensive phases of teaching and practicing. In 2020 the school completed the research project “Russian Economic Footprint and the Impact on Democratic Institutions in Georgia” published in Connections: The Quarterly Journal 19, no. 4 (2020): 39-58. This year the annual UGSP-conference (to be held in Sept.24) will focus on the topic of national resilience and lessons learned.

Friends of Europe is an independent think tank with a difference. With 20 years’ experience, we have a unique toolbox at our disposal to connect stakeholders, foster debates and trigger the change needed to create a more inclusive, sustainable and forward-looking world. We aim to be a catalyst for change and believe that real solutions come from transforming mindsets through the confrontation of ideas and the breaking down of silos between policymakers, business leaders, and civil society representatives.

The focus of our peace, security and defence programme is the resilience of our institutions, societies, and democracy.  By building on our previous recommendations and proposed solutions to global security challenges, we seek to formulate and identify innovative means of reducing both internal and global tensions and countering the shift away from democracy and stability in an era of systemic shocks. This includes unique public-private tabletop exercises, whole-of-society dialogue to counter disinformation narratives, and providing EU leaders with innovative solutions to counter hybrid threats, promote democracy, and achieve a sustainable future for Europe. 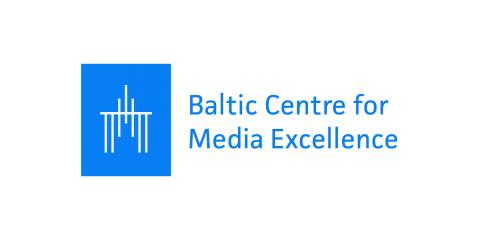 Baltic Center for Media Excellence (BCME) promotes professional growth, media intelligence and critical thinking and strives for positive change in journalism and communities it serves since 2015. Disinformation resilience is one of the main priorities of BCME through various of its projects, starting from Media and Information literacy initiatives and support for development of independent media in the Baltic region to researches and awareness campaigns. In-depth research on the Baltic and Eastern Partnership media landscape is an important part of BCME activities, as it helps to set future media development strategies and to work on future projects of making societies more aware of the threats of propaganda and misinformation. Researches on certain aspects of disinformation as well as audience research, exploring media development needs and giving detailed reports on public service broadcasting are done with the cooperation of leading media experts and journalism schools and has been acknowledged as highly valuable by media communities. Main research partners are leading experts in this field working for series universities in the region, including Tallinn University, Riga Stradins University, Vidzeme University of Applied Sciences and Vilnius University. The Center regularly organises webinars, seminars and conferences in order to distribute its research findings and also to rise awareness on specific media issues and trends in the region.

The Commander-in-Chief of the Police is a central organ of government administration competent in matters of protecting human security and maintaining public security and order, subordinate to the minister in charge of internal affairs.

DEPARTMENT OF CRISIS MANAGEMENT AND DEFENCE PREPARATIONS OF THE POLICE (NPH)